A Bold Idea To Save The Oceans: Ban Fishing On The High Seas

In 1999, Cabo Pulmo, Mexico, was “an underwater desert,” says marine ecologist Enric Sala. The region’s fishing industry had depleted the waters of fish and nearly its entire marine ecosystem. So the fishermen made a radical decision: to stop fishing entirely. They created a national park in the sea, a massive no-fishing zone across the whole depleted area. Ten years later, Sala says, “what had been an underwater barren was now a kaleidoscope.” Fish had returned en masse, as had large predators and underwater flora. 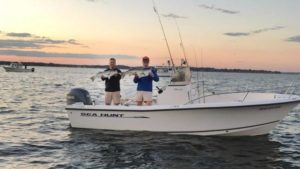 The ocean has incredible regenerative qualities, Sala says during a talk at TED 2018 in Vancouver. But we’re not doing enough to allow the seas to heal themselves. Today, Sala says, “if you were to jump into any random spot in the ocean, you’d probably see emptiness–we’ve taken fish out of the water faster than we can reproduce.” Sala, currently an explorer-in-residence at National Geographic, is obsessed with this problem: Since witnessing the restoration at Cabo Pulmo he has since worked with his team at National Geographic to document and study similar protected zones in the ocean. “These places are the Yellowstones and Serengetis of the sea–places where you jump in the water and are immediately surrounded by sharks,” he says. “This is a good thing.”

To read the entire article, please click on this https://www.fastcompany.com/40558544/a-bold-idea-to-save-the-oceans-ban-fishing-on-the-high-seas