Texas has a new black bass. Sort of. Actually, it’s an old black bass, whose direct ancestors have been finning in the species’ home waters for at least several thousand years. But it’s new to Texas – although not really that new, having been a resident for 21 years or so. 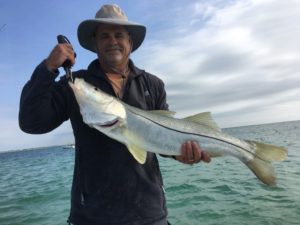 And it won’t officially be a new bass in Texas until later this year, and then only if a proposal to place its name in the state’s regulatory code is adopted. Still, Alabama bass, Micropterus henshalli, is the newest species of the black bass family, the most popular game fish in the nation, to call Texas waters home. Well, it calls just one piece of Texas water home – Lake Alan Henry, which is near Lubbock. But the fish certainly have made a name for themselves in that one lake, and even bigger splashes in another state. (More on that later.)

To read the entire article, please click on this link http://www.houstonchronicle.com/sports/outdoors/article/Alabama-bass-a-likely-official-addition-to-state-10908891.php