An Inside Look At The Japanese Bass-Fishing Culture

Japan’s bass-fishing scene has always been mystical. The Japanese Domestic Market (JDM) is a magical world few Americans have been able to experience. The Internet has helped make the bass-fishing world a smaller place, but it has also created plenty of questions. With BassFans having greater access to fishing gear than ever before and access to social media, the Japanese market and its culture has become very appealing. 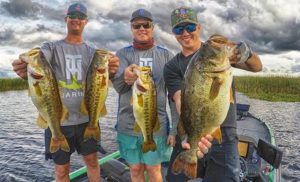 By the mid-1990s, West Coast American pros knew the value of Japanese lures. As word filtered down to regular folk, it encouraged companies to market and sell more Asian products in America. Pristine topwaters and jerkbaits were the first wave of lures to be sold here, but the entire fishing landscape changed once the dropshot arrived. As dropshotting became popular, the demand for specialized tackle grew. Since then, American anglers have become more willing to pay big bucks for reels, rods, line and lures to get an edge on tournament competitors.