This week B.A.S.S. released its 2018 Elite Series schedule which includes a late July stop on the Bay. The return visit to Maryland July 26 – 29 marks the penultimate tournament of the regular season. The Elites were last on the upper Bay in August 2015. In that tournament, Aaron Martens hammered the competition weighing in more than 70 pounds over four days. His victory that weekend all but clinched his third Angler of the Year title. 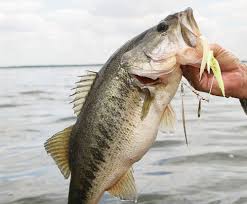 While the series will still be fishing the same body of water, the launch site changes for 2018. Instead of leaving out of North East in Cecil County as it did in 2015, the series will launch from Havre de Grace right at the mouth of the Susquehanna River. Weigh-in locations and festivities have yet to be announced, but we’ll keep you updated as the event draws closer.

To read the entire article, please click on this link http://www.abc2news.com/news/local-news/news-blogs/bass-fishings-top-anglers-will-be-back-on-the-upper-chesapeake-in-2018