Martin Truex Jr. landed Bass Pro Shops as sponsor for 24 races this season with Joe Gibbs Racing. Bass Pro first partnered with Truex in 2001 and was on his car when he won the 2017 Cup Series championship with Furniture Row Racing. That team folded at the end of November because another sponsor left NASCAR and Furniture Row could not replace the funding. 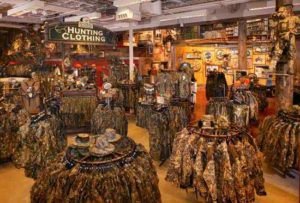 It made Truex available to move to JGR, and Bass Pro will follow as his primary sponsor. Bass Pro was primary sponsor for Truex during his two Xfinity Series championships in 2004 and 2005, his first three seasons in NASCAR’s Cup Series, the 2017 championship season and last year’s title campaign.