According to The Associated Press, U.S. and Canadian antitrust regulators are seeking an additional month to examine Bass Pro’s acquisition of competing outdoor goods retailer Cabela’s. 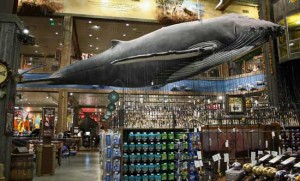 While the deal was expected to be finalized in the first half of 2017, the filing with the Securities and Exchange Commission could delay the $5.5 billion deal announced in October. Cabela’s has operated a store south of Interstate 90 in Mitchell since 2000, but officials declined to comment on the deal’s impact on Mitchell employees shortly after the acquisition was announced.

To read the entire article, please click on this link http://www.mitchellrepublic.com/news/local/4169625-cabelas-bass-pro-shops-merger-could-be-delayed