When the GHSA announced it had approved bass fishing as a sanctioned sport earlier this year, young anglers across Bartow County likely rejoiced at the opportunity to compete for a state championship. 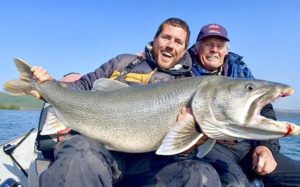 But it seems as though there’s a catch — and not the good kind associated with fishing. As of yet, the public schools in the county don’t appear to be planning to add the sport to their personal lists of sponsored athletic events, at least not for fishing’s debut season during the 2020-21 school year.

To read the entire article, please click on http://www.daily-tribune.com/stories/despite-ghsa-approval-bass-fishings-future-in-bartow-appears-murky,24683?