Anglers are in for fight, as 120 largemouth bass, each weighting between three to six pounds, were stocked in Elkhead Reservoir Monday. “They’re catchable,” said Colorado Parks and Wildlife Aquatic Biologist Tory Eyre. 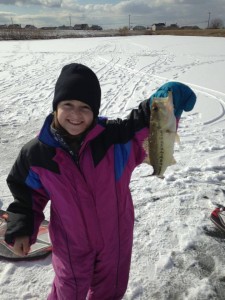 Stocking the fish was done as part of a deal to transition the fishery away from northern pike and smallmouth bass believed to interfere with the recovery of four endangered fish species — humpback chub, bonytail, Colorado pikeminnow, and razorback sucker — downstream in the Yampa River. Initially, in 2014, officials floated the idea of poisoning all the fish in the reservoir with the chemical rotenone and restocking it in 2015 with more desirable fish species. After community outcry at the potential loss of the popular fishery, a deal was struck.

To read the entire article, please click on this link http://www.craigdailypress.com/news/elkhead-reservoir-state-park-stocked-with-lunker-largemouth-bass/