Fishing for Freedom casts its lines

Erine Sutterfield and Gavin Janes had a system when it came to fishing Saturday in Lake Illinois on the Illinois Veterans Home campus. “I set the hook and he reels them in,” Janes said. 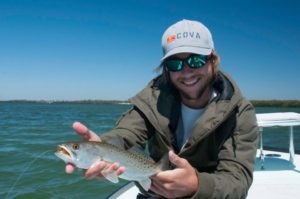 The system worked for the 16-year-old Janes and Sutterfield, an Army veteran from the Vietnam War and Veterans Home resident, as they easily caught three small blue gill, though one gave them quite a fight. “I had this rod doubling over,” Janes said. “We thought it was a monster.” Janes was volunteering as part of Fishing for Freedom’s fishing tournament at the Illinois Veterans Home.

To read the entire article, please click on http://www.whig.com/20180602/fishing-for-freedom-casts-its-lines