Fishing gets rolling out on the waters

In 1976, Missouri angler Rick Clunn claimed his first B.A.S.S. victory in the Bassmaster Classic on Lake Guntersville. He won again in 1977. And two more times in 1984 and 1990. He’s been fishing the B.A.S.S. circuit with major success longer than I’ve been alive. 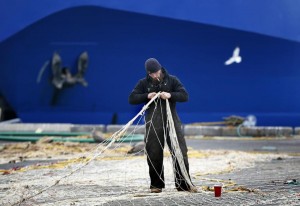 This past year, there was some speculation about Clunn retiring from professional bass fishing, as he was coming off his worst season ever. He decided that an old dog can learn some new tricks, and he made some key changes to his game. As per B.A.S.S. rules, Clunn started seeking out help locating fish from other anglers before tournaments. So he scoped out the fishing and watched local anglers, and the results speak for themselves.

To read the entire article, please click on this link http://www.somdnews.com/independent/sports/outdoors/fishing-gets-rolling-out-on-the-waters/article_8c442d16-c0cc-570e-a8d9-3e260eb36cb0.html