Fishery operators converged on the Labour Ministry Thursday to oppose a government plan to ratify the International Labour Organisation’s (ILO) 2007 Work in Fishing Convention, also known as C188, which they said could hurt their businesses. 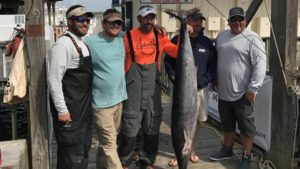 They also called on the prime minister to invoke Section 44 to stop the ratification. According to them, there is a need to conduct an inclusive and thorough study on the impact of ratification.