The Confederation Internationale de la Peche Sportive says accepting fishing as an Olympic discipline would enlarge the universality of the Olympic idea because angling is so popular. 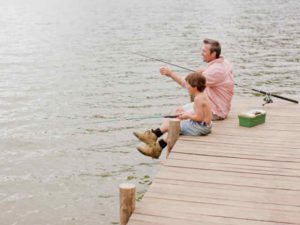 Fish caught would be returned to the water unharmed. But critics say fishing involves too much luck, is incomprehensible to outsiders and too boring to watch. They reject Confederation President Ferenc Szalay’s assertion that angling’s “ancient and fair competition system” matches Olympic ideals.

To read the entire article, please click on this link http://www.bbc.com/news/world-37638878