Around Lakeland at Tenoroc, bass fishing has been best on lakes Fish Hook, 3, 5, and B. Artificial worms and flukes were the most productive. Most of the bass reported were in the 12-18 inch range with three bass over 23 inches including one that weighed seven pounds. The best lakes for panfish were lakes Coronet 3, 5, and B. The catfish bite has been best on lakes Coronet, C, and B. No specks were reported this week, reports FWC biologist Keaton Fish. 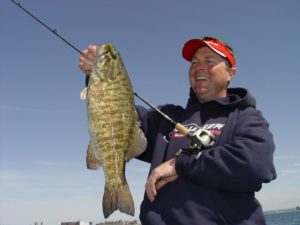 At Auburndale, lots of schoolie bass are being caught at Lake Ariana in the middle of the lake on crankbaits. Lake Juliana also has a good bite for schoolie bass three to four pounds. The shellcracker and catfish bite is pretty good there too. Around Lake Alfred, Lakes Haines and Rochelle are producing some bass and lots of nice shellcracker on red worms. Lake Alfred is producing bass four to five pounds and some specks at night on minnows, reports Ron Schelfo at Ron’s Tackle Box (863-956-4990).

To read the entire article, please click on http://www.theledger.com/sports/20180905/fishing-bass-bite-remains-good-for-polk-county-anglers