FISHERMAN Warwick Treloggen and his young son Noah had no idea when they took this “trophy shot” while catching gummy shark that they would soon be fleeing for their lives from the burning vessel. 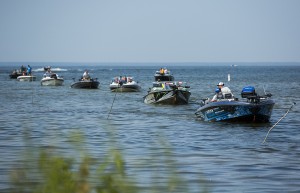 Mr Treloggen, 42, and 11-year-old Noah were among a crew of four on the shark boat Japara which caught fire as it neared Three Hummock Island in the Hunter Group of islands off Tasmania’s North-West on Monday afternoon. The vessel, owned by Peter and Virginia Smith, has sunk with 6500 fish on board and will be salvaged in coming days.

To read the entire article, please click on this http://www.themercury.com.au/news/tasmania/four-man-abandon-fishing-vessel-near-three-hummock-island-as-fire-takes-hold/news-story/8210bcd71203aa770489ee09a4bc22f4