The technology, known as Global Fishing Watch, was officially released to the public during the Our Oceans Conference in Washington. Available at GlobalFishingWatch.org, the technology aims to offer a crowdsourced solution to the problem of illegal fishing, which accounts for up to 35 per cent of the global wild marine catch and causes yearly losses of $31 billion, according to the UN Food and Agriculture Organisation (FAO). 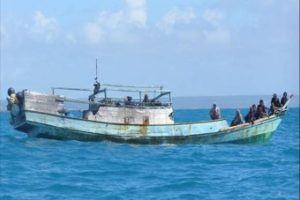 US actor Leonardo DiCaprio, who unveiled the technology, said the planet’s oceans were being pushed to the brink by overfishing and pollution. “This platform will empower citizens across the globe to become powerful advocates for our oceans,” DiCaprio told the conference.

To read the entire article, please click on this link http://www.abc.net.au/news/2016-09-16/illegal-fishing-watch-site-crowdsourced-solution-overfishing/7851064