Chicago’s downtown lakefront scored quite a catch last week when the Illinois Department of Natural Resources announced Tuesday that the long-time state record for a smallmouth bass was shattered by angler Joseph Capilupo of LaGrange at Monroe Harbor. 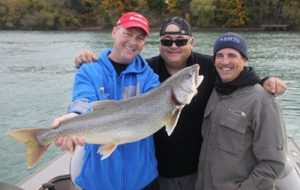 As you can see from the photo, this is really something that could be called “Biggie Smallie.” The fish weighed 7 pounds and 3 ounces, which broke the previous record by 12 ounces. That record had been held by Mark Samp since 1985 when he pulled a 6 pound 7 ounce smallmouth bass from a strip mine lake in Fulton County, according to Illinois Fish Records.

To read the entire article, please click on https://www.chicagotribune.com/suburbs/lake-county-news-sun/ct-lns-outdoors-st-1021-20191020-lu4kkzqchnfwlnl6wzctk76icm-story.html