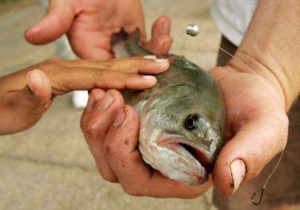 The rule, adopted by the Texas Parks and Wildlife Commission in April, applies to the Sabine River in Newton and Orange counties and in Chambers, Jefferson and Orange counties, according to the release.The previous rule allowed anglers to keep only largemouth bass measuring 14 inches and longer.

To read the entire article, please click on this link http://www.beaumontenterprise.com/sports/outdoors/article/Largemouth-bass-size-rule-takes-effect-in-9196101.php