Man fishing with a magnet makes an explosive discovery

The magnet fisherman was hoping to find something interesting when he dropped his line in the Grand River in Michigan on Tuesday, but then he pulled up something explosive. We mean that quite literally — Joseph Alexander fished out an antique mortar grenade. 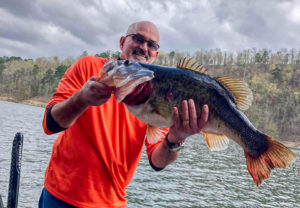 He made the find from the Sixth Street bridge in downtown Grand Rapids, Michigan, which is about a half mile from the Gerald R. Ford Presidential Library and Museum. Grand Rapids Police told CNN the device was a German Granatenwerfer, which was used during World War I. “It’s probably been submerged for some time and due to its age it’s probably somewhat innocuous,” Sgt. John Wittkowski told.

To read the entire article, please click on https://www.wcvb.com/article/man-fishing-with-a-magnet-in-a-michigan-river-makes-an-explosive-discovery-1574967666/30047792#