It’s the world championship of professional bass fishing and will be held at Lake Murray Friday-Sunday. Hosted by the Capital City Lake Murray Country Regional Tourism Board, the tournament will feature 53 of the world’s best bass-fishing professionals casting for the sport’s biggest award – $300,000. 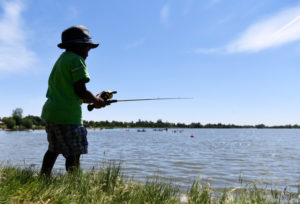 The Forrest Wood Cup has been held at Lake Murray twice, in 2008 and 2014. Michael Bennett of Lincoln, Calif., won in 2008 and Anthony Gagliardi of Prosperity won in 2014. Gagliardi beat Scott Canterbury of Odenvile, Ala., by one ounce.

To read the entire article, please click on this link http://www.thestate.com/sports/other-sports/article166480172.html