Anglers have to go beyond the Washington Sport Fishing Rules pamphlet to be legal when fishing portions of Lake Roosevelt this spring. Important rule changes made by the Fish and Wildlife Commission last fall were enacted to protect wild redband trout, but the changes were too late to be in the current printed regulations. 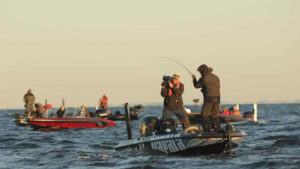 To read the entire article, please click on this link http://www.spokesman.com/stories/2017/mar/29/new-unpublished-fishing-rules-apply-to-trout-at-la/