RIDGEDALE, Mo. – Tom Pernice Jr. and Scott Hoch teamed to shoot a 9-under 62 on Friday in best-ball play at Ozarks National to take the first-round lead in the PGA Tour Champions’ Bass Pro Shops Legends of Golf. The teams of Shaun Micheel-Loren Roberts, Ken Tanigawa-Gene Sauers and Roger Chapman-David Frost were a stroke back. 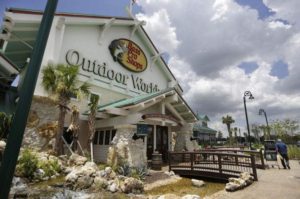 Pernice and Hoch had five straight birdies in the middle of the round. ”I got going early and I just kept filling it up and hitting some good shots,” Hoch said. ”I told him early, I said, ”Hey, I’ll get the front, you get the back,” and that’s kind of what happened.” The 59-year-old Pernice has five victories on the 50-and-over tour. The 63-year-old Hoch has three senior victories.

To read the entire article, please click on https://www.golfchannel.com/news/tom-pernice-jr-scott-hoch-lead-bass-pro-shops-legends-golf