Precht Retires from B.A.S.S. after 41 Years

Dave Precht, longtime editor of Bassmaster magazine, retires from B.A.S.S. after 41 years of service to anglers and the organization. 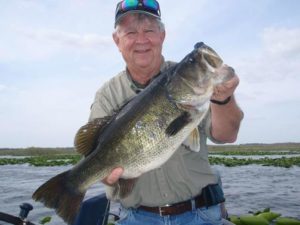 Precht joined B.A.S.S. in 1979, first as an editor of Southern Outdoors Magazine after his time as an outdoors writer at the Houston Post. In 1984, he replaced Bob Cobb as editor of Bassmaster, where he served for nearly two decades. In that time, Bassmaster magazine grew to its largest following under his leadership, and he was an outspoken advocate of conservation, fishing ethics and bass angling as a family endeavor.

To read the entire article, please click on https://www.wired2fish.com/news/precht-retires-from-b-a-s-s-after-41-years/