Recent rain allows some rivers to re-open for fishing

Recent rain during the last few days is a good news for people who like to go fishing in the Olympic National Park. The Department of Fish and Wildlife made the rule change because river flows have drastically increased to help salmon migrate. Recreational fishing is now re-open in the Quillayute, Dickey, and Hoh Rivers within the Olympic National Park. The change went into effect October 21. 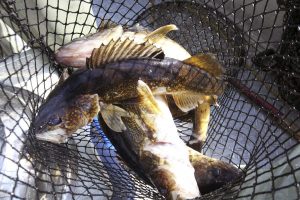 An October 16 closure was designed to protect salmon in the lower portions of each river because of concerns about low river flows hurting salmon migration. The Hoh River was at historically low levels during the closure and the Hoh Tribe closed its treaty fishery. The Quileute Tribe and the Department of Fish and Wildlife also closed treaty and sport fisheries in the Quillayute and Dickey Rivers.

To read the entire article, please click on this http://www.king5.com/news/local/recent-rain-allows-some-rivers-to-re-open-for-fishing/485026763