OLYMPIA, Wash. (AP) – State and tribal fishery officials said Thursday that after weeks of negotiations they’ve agreed on a plan that will allow for a 2016-2017 Puget Sound salmon-fishing season. Recreational and non-tribal commercial salmon fishing in Puget Sound has been closed since May 1, after the state and tribes failed to come to an agreement over annual catch limits. That prompted concern that a fishing season might not happen this year. 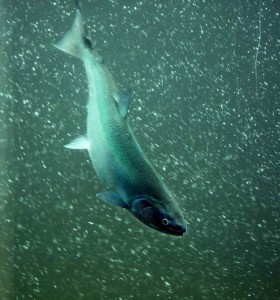 The agreement still needs federal approval, but John Long, salmon fisheries policy lead for Washington Department of Fish and Wildlife, said anglers can start planning to fish for salmon this summer. “We plan to re-open those waters as soon as we have federal approval,” Long said. “We anticipate getting the new permit within a few weeks.”

To read the entire article, please click on this link http://komonews.com/news/local/state-tribes-reach-agreement-on-puget-sound-salmon-fishing-plan