Some of the 18 Thai crew members rescued from a stricken vessel found drifting without fuel off the coast of Somalia have insisted that crew broker Nithiwat Thiranantakul — their employer — had encouraged them to work overseas but later failed to pay their salaries. 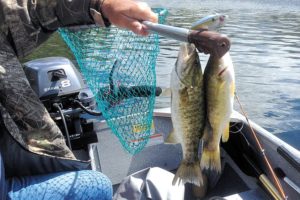 All of the 18 workers arrived in Thailand Monday morning after being rescued by Thai authorities from the Ministry of Foreign Affairs, Ministry of Labour, and the Thai Maritime Enforcement Command Centre last week. Thanakon Chararam, 36, from Buri Ram, who made a video call to a friend in Thailand requesting help while stranded on the Wadani 1 vessel, said Mr Nithiwat — also known as Hia Chang or Sia Chang — had sent men to recruit him and other workers to work on the fishing vessel.

To read the entire article, please click on https://www.bangkokpost.com/thailand/general/1729047/stranded-fishing-crew-arrives-back-home