The jaguars fishing in the sea to survive

A thriving population of jaguars living on a small, unspoilt island off the coast of the Brazilian Amazon has learned to catch fish in the sea to survive, conservationists have found. 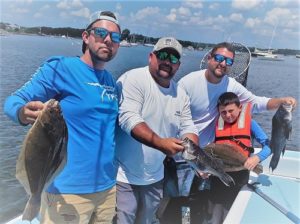 The Maracá-Jipioca Ecological Station island reserve, three miles off the northern state of Amapá, acts as a nursery for jaguars, according to WWF researchers who have collared three cats and set up 70 camera traps on the remote jungle island. Although jaguars have previously been spotted catching fish in Brazil’s Pantanal wetlands, this is believed to be the first evidence the elusive creatures have been jumping in the sea to catch prey.

To read the entire article, please click on https://www.theguardian.com/environment/2019/dec/21/the-brazilian-jaguars-sea-fishing-to-survive-aoe