The marine, and human costs, of illegal fishing

How big the sea is, how big. How poor a description that is, too, but the ocean usually resists description and words, no matter how many of its plains are named after Herodotus or how many fracture zones are called Charlie-Gibbs. It is rare to find good writing about the sea: that’s why everyone who tries quotes Conrad and Melville. It is rarer still to find good writing about the people of the sea, those strange creatures – strange to us, on our supposed maritime island, from where the ocean as a place of industry has long retreated – who set out to sea in boats and ships to make a living from it. These two, very different books try to bring them alive, although both really are about death. 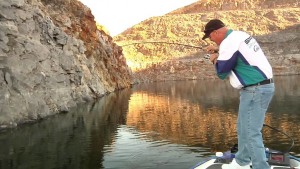 The dizzying facts and stats come, and come again, like tides. We start with the ocean, and the fish in it – or the fish that used to be in it, before human beings learned to build vessels that could scrape the seabed, that could entangle dolphins, sharks and other unlucky passers-by. How wrong indeed was T H Huxley, the eminent biologist and chairman of a royal commission on sea fisheries, giving the inaugural address at the Fisheries Exhibition in London in 1883, when he said: “I believe . . . that the cod fishery, the herring fishery, the pilchard fishery, the mackerel fishery, and probably all the great fisheries, are inexhaustible; that is to say, that nothing we do seriously affects the number of the fish.”

To read the entire article, please click on this link http://www.newstatesman.com/culture/books/2016/02/marine-and-human-costs-illegal-fishing