The National Marine Fisheries Service is proposing a new program meant to improve record keeping about seafood imported to the United States. In early February, the agency announced a new traceability plan that’s meant to help combat illegal fishing and seafood fraud. NMFS Director of Office of International Affairs and Seafood Inspections John Henderschedt said the federal government wants a better record of who is catching seafood and where it’s landed before it shows up in U.S. stores. 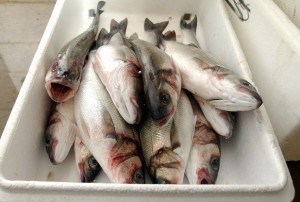 The proposed program would apply to about 13 types of fish, including Pacific cod, red king crab, shrimp, sea cucumber and others. Importers would be required to track where it was caught, who caught it, the type of gear that was used and where it was landed. Henderschedt said that NMFS already has that information for domestic seafood, so fishermen and processors here won’t be asked to do anything differently. But it would add information that isn’t tracked right now for international imports.

To read the entire article, please click on this link https://www.adn.com/article/20160215/combat-illegal-fishing-feds-propose-seafood-traceability-program