The United States and Canada have brokered a deal to share what’s left of the dwindling North American cod fishing business in the Atlantic next year. Both countries fish for cod, which is an important food fish that has declined in population following overfishing and warming ocean temperatures with climate change. The two fisheries overlap in the eastern reaches of Georges Bank, a key fishing area located off of New England. 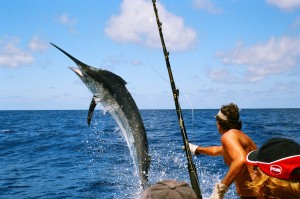 The countries have agreed to set the total allowable catch at 730 metric tons next year. The U.S. will be allowed to take 146 metric tons and Canada will get the rest. The agreement comes as cod quotas off of New England, where the fish is associated with fish and chips, have fallen precipitously. The agreement with Canada represents an 8 metric ton increase for the U.S. and a 96 metric ton increase for Canada, leaving some in the U.S. fishing industry irked.

To read the entire article, please click on this link http://abcnews.go.com/Technology/wireStory/us-canada-broker-agreement-share-dwindling-cod-fishing-42261036