Watch How Drones Fight Pirate Fishing From the Sky

Belize has long struggled to control illegal fishing both in its waters and by vessels flagged to its country. But efforts to turn the tide are starting to pay off, says Julio Maaz, who serves as a fisheries coordinator in the country with the nonprofit group Wildlife Conservation Society. 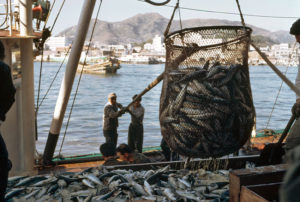 In March 2014, the European Union suspended all seafood imports from Belize, saying the country had not acted forcefully enough to prevent illegal fishing, also known as pirate fishing. But the country responded by upping its enforcement activities (including by deploying the coast guard), and the European Union restored its trade relationship by the end of that year.

To read the entire article, please click on this link http://news.nationalgeographic.com/2016/12/drones-fight-pirate-fishing-belize-conservation/