Winter is coming, and it’s resulting in slow fishing

Bob Cope had what he described as “alright” fishing for tautog recently on the charterboat Full Ahead out of Cape May. He said Friday they hooked up with tog Thursday, including a 14.4-pounder and three others that weighed more than 10 pounds. Bob said they released the three 10-pounders and tried to let the 14-pounder go but it did not make it. He said he felt bad about that. He said he had 15 tog the day before. He will be running out of Utsch’s Marina in Cape May for a while longer. 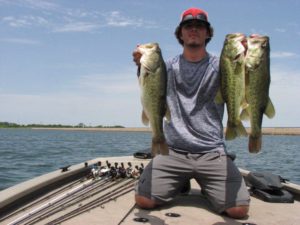 John Phister, at Hook-Up Bait and Tackle in Egg Harbor Township on Patcong Creek, reported one of his buds, Matt Cruse, was out on a boat with another fisher 10 miles off Great Egg Harbor Inlet on Wednesday. They had “real good” tautog fishing, Phister said Friday. They had six keepers. Phister said Cruse reported they were out at first light and started catching around 9:30 a.m.